What an amazing night at the 2019 Screen Music Awards last night with so much incredible composing talent in the room! Congrats to all the nominees and winners! And big shoutout to APRA/AMCOS for creating such a wonderful night and event, truly celebrating our wonderful screen compositions, the composers and the teams alongside them. CEO Dean Ormsten and Guild President Caitlin Yeo gave heartfelt speeches acknowledging the outstanding achievements of both composers and thanking the people who work so tirelessly behind the scenes, including recently retired Michelle O'Donnell from APRA, following 28 years as a guiding light and the hard-working composers champion Jo Smith, who recently left the AGSC after an enormous 26 years.

The winners for outstanding achievements in music for feature films, documentaries, short films, children’s television, advertising, film and television soundtrack albums were all announced at The Forum, Melbourne, a magnificent venue for the event.. Together they represent the very best in Australian screen composition over the past 12 months.

The Feature Film Score of the Year has been awarded to co-composers Dan Luscombe and Antony Partos for their work on the acclaimed science fiction thriller I Am Mother. Described by the Hollywood Reporter as a score “that ranges across ambient rumble, symphonic lushness and pulsing electronica”, their work has impressed the panel of judges to take out the top prize.

Antony Partos has also received the honour of Best Television Theme for his work on Bloom, a Stan original drama series about life in an idyllic country town a year after a devastating flood kills five locals. Partos’ third Screen Music award for 2019 is shared with co-composer Jackson Milas in the category of Best Music for a Television Series or Serial for Bloom also. Fairfax television and film critic Debi Enker described the evocative score by Milas and Partos as “hauntingly melancholy and, at times, audacious.”

Every Day My Mother’s Voice, Paul Kelly’s powerful tribute to the strong relationship between Adam Goodes and his mother, has been named the Best Original Song Composed for the Screen. The song was written for The Final Quarter, the Ian Darling directed documentary about the final stages of Goodes' football career. Darling, who commissioned the song, told Music Feeds, “I’ve always loved the way Paul writes ballads and when I asked him to write a new song for Adam, I knew he would do it in his own original way. Paul saw a rough cut of the film and then a few weeks later this classic song arrived.”

First time nominee Piers Burbrook de Vere has made his Screen Music Awards winner debut. His work on the zombie comedy feature film Little Monsters from director Abe Forsythe has taken out the Best Soundtrack Album category for 2019. Piers created the ideal soundtrack for the film which has been called the perfect blend of “laughs, gore and Taylor Swift”.

Staking a claim as one of Australia’s most prolific and respected screen composers is David Bridie, who takes out Best Music for a Documentary for Australia’s Lost Impressionist, the fascinating story behind the only Australian artist at the centre of the Impressionist movement in France.

Genre breaking composer Michael Yezerski has received the award for Best Music for a Mini-Series or Telemovie for his work on the SBS gritty crime drama Dead Lucky. With a background in both electronic music production and orchestral writing, his work is highly evocative, original and diverse.

Angela Little has composed the Best Music for a Short Film for the quirky For the Girl in the Coffee Shop. From Baz Luhrmann’s Australia to current work on feature film Swimming for Gold, Angela’s diverse body of screen music has just seen her nominated for a Hollywood Music in Media award for Tencent TiMi Studios Honor of Kings 2.0 - the multiplayer online battle arena that is the highest grossing mobile game of 2018.

Canberra based jazz pianist, producer and composer Michael Dooley has won the award for Best Music for Children’s Television for The Pilgrims Progress, a children’s animated movie based on a 1678 Christian allegory. Best Music for an Advertisement award has gone to Dan Murphy’s composed by Adrian Sergovich, whose vibrant and accomplished compositional style has been featured on myriad of high-profile brands.

Longtime creative collaborators Adam Gock and Dinesh Wicks have been jointly named the Most Performed Screen Composer – Australia and for the 12th consecutive year, Neil Sutherland remains the Most Performed Screen Composer – Overseas. Neil’s significant body of work, which includes MythBusters, Dancing with the Stars and Border Security, is heard around the globe. This award takes his overall tally of Screen Music Awards to 14, making him the most awarded Australian Screen Music composer.

The 2019 Screen Music Awards were held at Forum Melbourne and hosted by the ever-delightful Justine Clarke. Special guest presenters on the night were actors Susan Prior, Amali Golden, Mark Coles Smith and Damon Herriman along with screen composer Burkhard Dallwitz.

Performing Paul Kelly’s award-winning song Every Day My Mother’s Voice was Ashley Naylor (from Paul Kelly’s band and Even) and Jessica Hitchcock, the Melbourne-based singer-songwriter who has recently released her highly-anticipated LP, Bloodline.

Musical Director Jessica Wells led an orchestra that performed each of the nominated Feature Film Score of the Year compositions. The orchestra opened proceedings with music from Neptune’s Daughter, a silent film made in 1914 by Hollywood's Universal Studio. With the original footage held in two film archives in different parts of the world, it was an honour to showcase this rare footage at the Screen Music Awards. Neptune’s Daughter was proudly presented with the permission of the National Film and Sound Archive of Australia. The orchestra also stunned the audience with a special musical tribute to celebrate the 40-year anniversary of the iconic Mad Max film.

APRA AMCOS and the AGSC congratulate all the winners on the 2019 Screen Music Awards.

Feature Film Score of the Year

Title I Am Mother

Title Every Day My Mother’s Voice from The Final Quarter

Best Music for a Documentary

Best Music for a Television Series or Serial

Best Music for a Mini-Series or Telemovie

Best Music for a Short Film

Title For the Girl in the Coffee Shop

Best Music for an Advertisement 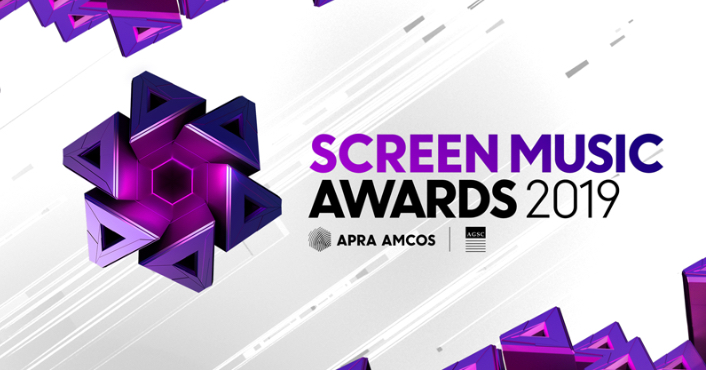 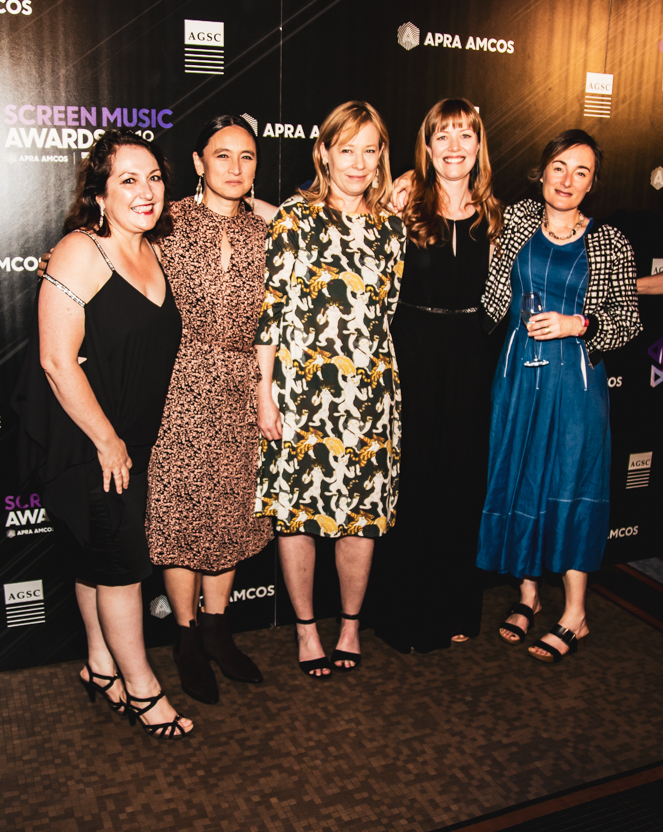 Composer Fees - What you need to know!